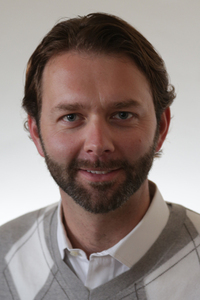 Brian Vaughan joined the Office of Legal Affairs in 2008 and presently serves as the Assistant Vice Chancellor for Legal Affairs. In addition to managing aspects of the office, he provides advice and counsel primarily in areas of employment law; personnel investigations; employee disability and leave issues; scientific misconduct; governance; and facility use. Brian also serves as a member of the Chiefs of Staff briefing group. Prior to joining the Office of Legal Affairs, Brian served as Deputy Attorney General in the California Office of the Attorney general in Los Angeles where he practiced employment litigation in the state and federal trial and appellate courts. He also represented state agencies in administrative hearings in personnel and licensing actions. Brian began his legal career as a law clerk for U.S. District Court Judge A. Andrew Hauk in the Central District of California. He earned his J.D., from the University of Wisconsin Law School and his B.A. from the University of Wisconsin-Madison in Political Science. Brian is admitted to the bar in California and Wisconsin, and has volunteered on several NACUA committees.